The Millennial generation, or Generation Y, is one of the most popular and influential targets of today’s marketers. Regardless of the reputation that this group may have earned, Millennials are undoubtedly moving from the generation of the future to the generation of the present. Born between the early 1980’s and the year 2000, this younger generation has grown up through wars in the middle east and the 2008 recession. They are also the first generation to have technology at their fingertips since birth, and because of this, are more adept than Generation X or Baby Boomers.

Where Millennials spend their time

Gen Y’s technological savviness should be taken into account when marketing to this group.  Millennials spend more time on their mobile phones than any of the other generations discussed to this point, spending over 3 hours a day, or 21 hours a week, on their mobile phones. They spend less time consuming traditional media like TV and radio, instead choosing to spend 3 hours a day consuming videos and watching content online. Although often referenced as the “social media generation,” they spend less time on social sites than others at just over 6 hours per week. 85% of this group use social media as a way to stay up to date on news, and prefer YouTube and Instagram over Facebook. Much like Generation X, Millennials consume most of this media in the late evening between 8:00 pm and midnight.

This group, much like Generation X, has invested heavily into higher education. In 2016, 63% of generation Y in the workforce have received a bachelors degree and that number is expected to rise as the back half of this generation finishes school. As such, this group is facing heavy burdens of debt, much like their Gen X predecessors. In 2016, the average debt of a college senior was a whopping $37,172, which means they are lagging financially compared to previous generations.

Where they stand in the market today

Although this generation is already the most populous in the workforce, many are making less than what their parents made coming out of college. A study by BoomAgers found that Millennials are averaging just $34,199 a year, while their parents made upwards of $57,700 coming out of college. With large student loans and low entry-level salaries, 75% say they can only afford things that they need, and not what they want. This, some analysts have argued, has been a key contributor to the chronic job hopping of this generation. The average millennial, according to recent surveys, does not plan on staying at their current job for longer than three years. They see the movement as a chance to jump start their career and earn more money. Due to this instability, an estimated 34% of this generation still live at home with unemployment for this group reaching 12.17%, compared to the national unemployment of just under 5%.

Additional Insights for Marketing to Millennials:

Despite the low average income and high unemployment rate, Millennials will continue to gain the attention of marketers in the coming years. As older generations leave the workforce, this generation will undoubtedly command some of those higher paying jobs.

Follow us for our next post full of insights into how Generation Z may fit into your marketing strategy. Contact Lundmark to discuss developing a marketing campaign that resonates with your audience. 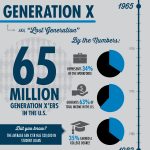 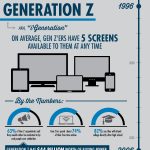