Generation Z, or the iGeneration, is the younger cohort of Millennials. Although this segment is still graduating from high school and college, they have already began to leave their mark as consumers. Those born between the mid 1990’s to early 2000’s are considered to be members of this group, and while some try to lump this group with millennials, the difference between the two generations is an important consideration when developing your marketing strategy.

To examine the drivers behind Generation Z you must consider how they were raised. Most in this group were brought up by Generation X parents. You may recall that these Gen X parents did not always have their parents around, leading to the phenomenon known as “helicopter parenting.” Generation Z has also never lived in a time of peace like their older counterparts. The majority of their lives have been marked by 9/11, the Iraq War and the War on Terror. This “digitally native” group has also never lived without smartphones and social media. We have discussed the importance of technology on the various generational groups in our previous posts, but this generation more than any other has had technology ingrained into their lives. Growing up with unlimited access to knowledge at their fingertips, they tend to process information faster than others but can be less focused. In fact, studies have shown they have an average of 5 screens available to them at any given time.

The iGeneration spends a lot of time on the internet. Studies have found that this generation spends 74% of their free time online. This group is also very averse to ads, blocking online ads by using software or simply using one of the many other screens they have at their disposal. Although Facebook reigns king, recent studies have found that Generation Z spends more time than anyone else on Snapchat, Instagram, and Youtube, where they can consume content quickly.

Generation Z is expected to have 1 million more people in the work force than Gen Y by 2020, and although not yet at their economic peak, the National Retail Federation found that this younger group has an astounding $44 billion dollars worth of buying power.  On top of that, 82% of Gen Z parents surveyed admitted that their children play a major role on influencing their purchasing decisions. One would assume that a technologically-savvy generation with that much buying power would spend all of their money online. However, this is not the case! Recent studies have found that a majority of Gen Z shoppers would rather shop in brick-and-mortar stores. Some suggest this is because they want to possess the product the same day as their purchase and not have to pay for, or wait, for shipping. They also aren’t afraid to shop around, but it isn’t usually just for a better price like other generations. IBM found that over half of Gen Z would switch loyalty to a brand if a product wasn’t available or the quality declined.

Companies targeting this generation should take into account Gen Z’s reliance on technology and social media, but also their preference for offline shopping. While it is important to engage them online, companies must understand that Gen Z’s preference for quality and availability over loyalty is a change from past generations. Although Millennials are currently in the limelight of companies, Gen Z is quickly approaching and the market should be ready for this new kind of consumer. 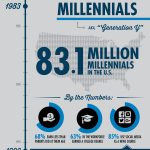 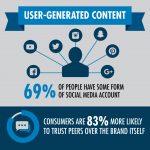