Generational marketing is not new – Consumer companies have been grouping consumers into age demographics since the dawn of advertising. Despite its broadness, generational marketing is still an important consideration when defining your brand’s audience. Over the next few posts, we will be discussing attributes of various generational groups, starting with the largest (and oldest we will be talking about), Baby Boomers.

Who are the Baby Boomers?

Baby Boomers, or the “Me Generation,” are one of the oldest in the workplace. Born between the late 1940’s and early 1960’s, they grew up during the space race and Vietnam War era and have experienced technology change from fad to reality. Boomers prefer to be spoken to directly and appreciate that extra, personal touch. When it comes to working, this group is success-driven and likely to work long hours.  Although this generation is starting to exit the workplace, as of 2015 they still represented 29% of the labor force.

How do you reach the Me Generation?

One of the largest differentiating factors between this group and others is their preference for traditional media. A Nielsen Study found that Baby Boomers spend twice as much time daily watching TV and listen to the radio more than other generations. That being said, Boomers do love their technology! BuzzStream and Fractl performed a survey and found that the “Me Generation” spends more time consuming online content than any other generation at 20+ hours a week. The best time of day to target Baby Boomers on social media is between 5am and noon. Adweek found that 90% of boomers prefer Facebook over other social platforms such as Instagram or Twitter, and that they are more likely to prefer written content like blogs and eBooks.

While the group is growing older, they should not be overlooked. Boomers own 63% of U.S. financial assets, which means they can spend more money than any other group. In fact, the group spends more than $3.2 trillion annually! They aren’t going away anytime soon either with a life expectancy of 79 years old. This means they are going to live longer, fuller lives than any previous generation before them. Over the next decade the population of those aged 50 or older is expected to increase by 16 million, more than triple the rate of other groups. Yet, despite Baby Boomer’s buying power, only 10% of marketing dollars go towards those 50 and older.

These findings should be carefully considered when planning to target an audience that includes Baby Boomers.

Follow us for our next post full of insights into how Gen X’ers may fit into your marketing strategy. Contact Lundmark to discuss developing a marketing campaign that resonates with your audience. 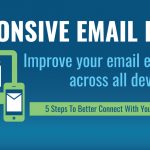