“It’s from TikTok.” How many times have you heard that phrase over the last few months?

We know what you’re thinking – TikTok is just a modern Vine, and you know what happened to Vine (RIP). But we disagree. TikTok is rising to be an extremely popular app. When everyone was quarantined at home during a global pandemic, TikTok generated the most downloads for any app in one quarter.

And let us guess, you think you’re “too old” for TikTok? That may be right, but you aren’t too old to help your brand advertise on the app. Before we dive into how to go about doing so, let’s start with a quick overview of TikTok.

TikTok absorbed Musical.ly and in late 2017 the app was acquired by the Chinese company ByteDance. Later when users opened their phone, they were surprised to see the app had been replaced with a “T.” In February 2019, it jumped from 269th to 4th in global app download rank and so far is the No. 1 downloaded app of 2020.

TikTok’s privacy issues have made news recently and may make you reconsider downloading the app. Ultimately it comes down to if you trust or distrust data mining from Chinese-owned companies more than U.S. companies. Remember that a lot of our technology is based in China – think your laptop, phone, etc. Not to mention that TikTok doesn’t grab any more information than Facebook.

TikTok has taken major steps to correct any privacy issues and the app isn’t available directly in China. In May 2020 Kevin Mayer, former Walt Disney’s top streaming executive who rolled out Disney+, became CEO of TikTok and the chief operating officer of ByteDance. There is not enough evidence to confidently say that TikTok is sharing data with China.

TikTok is a short-form, video-sharing app that allows users to share 15-second videos. While Musical.ly was more of a karaoke app, TikTok is more than that and allows users to use selections of sounds and song snippets, special effects, and filters. With over 800 million active users worldwide, users can create their own videos or explore videos with options to share, comment, like, or send to friends.

How a user engages is vital to the users feed. TikTok’s algorithm serves up the type of videos based on the user’s engagement. So, if you’re not here for the latest tiny-bopper dance craze, you can curate your own feed to whatever you are in to.

According to Statista, in October of 2019, U.S. visitors spent an average of 442.9 minutes per month on the social video platform. By March of 2020, the average monthly minutes per visitor increased to 858 minutes, a 94% increase. And users spend an average of 46 minutes per day on the app. Due to the global pandemic leaving many quarantined at home, TikTok was downloaded 113 million times in February 2020 which made it the most downloaded non-gaming app that month.

They are mostly Gen Z’ers mixed with Millennials. As of January 2020, users ages 10 to 19 accounted for 37.2 percent of TikTok’s active users in the U.S. The second largest group are ages 20 to 29, which accounted for 26.3 percent of the app’s users.

Next, let’s look at how brands can use TikTok.

How Brands Can Utilize TikTok

Now that you are up to speed on TikTok, let’s review the three ways a brand can use TikTok:

Creating a TikTok profile is as simple as setting up any other social media profile. The number one best practice to follow is to be authentic. TikTok users aren’t using high-quality camera equipment – they are using their cell phones. Make sure to take the same approach when producing your original content! Alright, let’s create a TikTok.

Remember that TikTok is an app based around community engagement. In addition to creating your own TikToks, remember that sharing user-generated content (UGC) is equally as important. Take Nike for example – along with posting their own original TikToks, they do a great job at emphasizing UGC. Search #nike and you’ll see millions of UGC videos that use their hashtag.

Just like Facebook, Instagram, or YouTube, influencer marketing programs can work on TikTok too. As key to any of these partnerships, the brand must suite the influencer’s audience. Having a younger audience on TikTok means that your product or service may not fit with TikTok at all. (you’re not going to advertise bifocals on TikTok very successfully). To be most effective, a level of trust allowing influencers to produce their own content must exist, as their following will gravitate towards authentic videos versus highly produced content.

Paying for advertisement is fairly new after showing short ads for the first time in January 2019. TikTok ads are very similar to Facebook in targeting and ad structure (custom audiences, lookalikes audiences, Pixels, etc). The ads types are as follows:

Now that you can converse with TikTokers and you know how to use the app for your brand, we will leave you with these three big tips to think about when advertising:

If you want to learn more, lets chat! We would love to help you navigate through TikTok and help your brand succeed.

Lundmark is a full-service advertising and design agency that has been delivering results for clients since 1947. Our experience and expertise in packaging is just one reason why we count some of the best CPG brands in the world as clients. Let us know if you’d like to start a conversation. 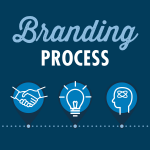 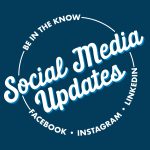 Be In The Know: Social Media UpdatesDigital, Marketing